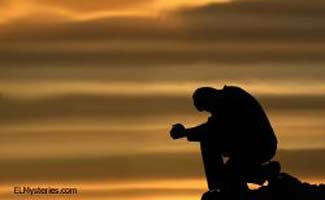 That seems almost too obvious to even state, yet I think it is necessary because too often, we are consumed by complicated details that we miss the most obvious. Like the cliché, we can’t see the tree for the forest, we get confused about what really matters by all the clutter in society that occupies our minds and keeps us unconscious of the simple fact that we exist.

There’s that Simplest of Facts…That We Exist

Because we exist, we experience an infinity of emotions that lead to endless questions, the most common being “why“. We search for answers the whole time we are living, and when we find them, or think we have found them, we are satisfied, at least for a while. But when our questions are unanswered, we find ourselves in psychological disaccord. Existential psychology doesn’t necessarily provide all the answers, but it does dare us to question and it leads us through a provocative search for the answers. The questions are ultimately inevitable; existential psychology gives us a framework to face the questions.

Existentialism: Humans Exist Without Cause or Reason

The 5 “Ultimate Concerns” of Humanity

The Philosophers Behind Existential Psychology

There are many philosophers who influenced the development of existential psychology. The four that I think are the most responsible are Kierkegaard and Nietzsche in the 19th century, and Heidegger and Sarte in the 20th century. By looking at the philosophical points of these great thinkers, we can better understand the position of existential psychology and the ways it affects our mental health.

Kierkegaard measured himself against the ideology of Socrates’ philosophy which aims to draw attention to the issues of how we exist rather than to the varying explanatory systems. In other words, rather than focus on explaining the observations of humans and our world, Kierkegaard was more concerned with how we relate to and react to ourselves, others, and our world. Kierkegaard considers the most essential aspect of truth to be from an ethical perspective, that how we act is more important than any matter of fact. Therefore, truth is found in subjectivity rather than objectivity. It is this subjectivity that is at the core of existential psychology.

Nietzsche, a German philosopher, is most known for his statement that “God is dead“. Unfortunately, this is a gross oversimplification of his philosophy. More accurately, Nietzsche insisted that religion was decaying and therefore, required that humanity take responsibility for setting its own moral standards. This shift to individual responsibility coincided with Kierkegaard’s emphasis on one’s self understanding of the world.

Heidegger’s philosophy was based on the contention that philosophers and scientists had all overlooked the more basic ways of being, and focused instead, on their theories of being. Heidegger believed they missed the most basic: the fact that we are beings that exist, and as a result, they confused our understanding of our own existence. He wanted to go back to a time of thought before the theories, to a most basic point of questioning: why. Existential psychology does just this.

Sarte, a French philosopher, strongly argued that because of human isolation and loneliness, we have absolute freedom. The catch phrase that best summarizes Sarte’s philosophy is “existence precedes essence“. What this means is that humans have no predetermined nature that defines anything at all about us, rather, we have been thrown into existence and from that existence, we eventually create who and what we are by our choices and actions. This is the absolute freedom he says we all have. Following this of course, is the responsibility that comes with such freedom – the responsibility to create our own essence.

The Philosophers’ Contributions to the Ultimate Concerns

Existentialism is sometimes understood as a philosophy of despair because it contends with a lack of meaning or purpose in life and therefore requires humans to insert purpose from some random inner motivation. Unfortunately, I believe this is more of a misunderstanding of existentialism on the part of people who do not have the desire or ability to explore the purer aspects of the question “why“.

Existential psychology does not correlate the givens with despair; rather it connects an awareness of these givens with strategies for facing them in order to direct people out of despair. It must be noted that people who think existentialism is a philosophy of despair are those who believe there is a God-given purpose to human life; existentialism begins with the fact that we exist and that we don’t know the purpose of such existence. Whether it is because of God or not is irrelevant in the argument of existentialism.

The Two Schools of Thought of Existential Psychology

It is important to note here that there are two distinctly different schools of thought in existential psychology. One view is referred to as the non-spiritual approach while the other is spiritual.

The Spiritual Vs. Non-Spiritual

The non-spiritual approach to existentialism is that there are no answers to the questions we have about our existence. It is absolutely an atheistic view of human existence. The spiritual approach, however, does not necessarily promote the existence of God, but rather it recognizes an element of awe in the human experience and attributes that to some type of transcendent, or spiritual, answer to the existential questions. Those in the non-spiritual school of thought argue that there simply are no answers to these questions.

I would say that I am a spiritual existentialist because I absolutely experience that awe in the midst of my most troubling questions. I can find peace in the absence of knowledge and faith in the process of searching. I believe that those ultimate concerns are at the core of all psychological upset and that if we are brave enough to face the questions head-on, we will be able to grow closer to true living. Whether or not an absolute answer actually exists is not an issue to me because I believe that our purpose for existence is to contend with the questions as we live out our years.

Phenomenology is simply the study of phenomena, meaning the contents of everything tangible and intangible in our lives. The method of phenomenology is the process of allowing all the experiences of our surrounding phenomena to speak to us.

Intentionality is the interconnectedness between subject and object. Remember that existentialism is rooted in subjectivity. Phenomenology on the other hand, is an attempt to step out of subjectivity and see things as they are without our own point of view. Existentialism recognizes that the two are really inseparable because even in compliance with the scientific method, we have to look at the subject from a particular point of view, i.e., subjectively. Therefore, existential psychology incorporates the idea of intentionality as we look inward to understand our existence.

Authenticity may be our biggest challenge as we deal with our inner most questions and the outer reality of our world. Existentialists believe that people live in some range of denial of our full humanity. For example, people who do not face the inevitability of death are merely avoiding a given truth about human existence and therefore are not fully being in the human experience. The American customs surrounding death make this very evident: we hire professionals to make the dead body look as if it is merely sleeping so we are kept at a safe distance from facing our own mortality. Living according to the conventions of society and conforming to the status quo is the most common form of not living authentically. Existential psychology promotes absolute truth for individuals and encourages authentic living.

I believe that existential psychology is certainly the most profound set of ideas that we can use to question our lives and the meaning or purpose we have, both individually and collectively.

I am not a professional or have any credentials what-so-ever, except being another human that finds the experience of being human incomprehensible. But, like many I have something to say about it.
When we “explore” as the title of this site suggests, what we find is always through the lens of our personal perception/perspective. When we try to reduce this perspective to something common to a bazillion (existing and have existed) people we are bound to fail. But…we can all see that, with whatever exploring we are able to accomplish, it oddly seems to be only our personal perceptions, of whatever it is that we behold, that provides for its existence , since when we become unconscious, it and all its incomprehensibility seems to go away until we become conscious again…. So it this personal consciousness that is the real puzzle. So far it is clear that all human explanation of personal consciousness is only the play of consciousness it self… Any comments?

Consciousness as mentioned above is at the very least our most well tested portal into the “whatever.” The “whatever” provides us with a chaotic situation which we are obliged to interpret in our own way. We do…

I enjoy your comments. and it brings me back to the book by v. frankl,who survived the Holocaust because of his belief in that there was meaning amidst his atrocious, vicious existence. Many others who survived as well, committed the ultimate act of violence: suicide. on the other hand, Frankl survived and flourished.He found meaning in all of life’s circumstances.

“A Lifer’s Guide to Existential Psychology”

I have a friend who is a lifer in Angola, LA State Pen.

He has no education, reads only novels, but is very interested in inquiring with me into what does it take to create a life? What does it take to be the author of one’s experience of life–instead of letting circumstances give you your life?