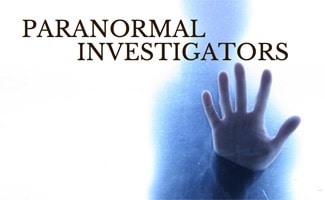 What Are Paranormal Investigators?

In short paranormal investigators are individuals or teams of individuals who dedicate their time to investigating anything within the paranormal realm. Most often this “occupation” is associated with “ghost hunting” although there are also a number of other paranormal entities that are the focus of investigations. These investigators can dedicate their time to interacting with the spirits of historical locations long since abandoned or they can focus on launching investigations in specific cases of paranormal interference – such as an individual who is experiencing signs of possession or someone who is being targeted by a malevolent spirit. It is not only places that become the object of these paranormal investigations though, in plenty of cases, such as the possessions noted above, people can also become the subject of these cases.

What Do Paranormal Investigators Do?

Just as the specialty of a paranormal investigator can differ so too do their talents and focus in terms of what they do.

The Degree of Involvement

Acase also depends upon the individual concerned and the specific case being tackled.

It may sound as though one type of paranormal investigators job is more difficult than another’s, but it is important to recognize that the level of difficulty of an investigation hinges on a number of factors.

What Types of Things Do Paranormal Investigators Investigate?

What are the Most Commonly Investigated Areas in Paranormal Investigations?

Due to the nature of the occupation itself, the majority of cases for paranormal investigators come from private citizens experiencing something that they cannot explain within their home or occupational location. Individuals will generally call out an investigator either after they have tried absolutely everything else to explain the unexplained actions or as a first step if they are paranormally inclined.

Aside from investigating private homes and occupational buildings, investigators may also find themselves investigating structures built on sacred ground such as a graveyard, abandoned structures that witnessed much death during their “lifespan” such as hospitals and asylums and areas frequented by the “spirits” during their lifetime.

Learn more about paranormal equipment in this article.

Watch as this woman experiences paranormal activity at a haunted hotel. Pretty spooky!

Whether you believe in the concept of paranormal investigations or not there are many people across the world that do and for those people these processes can often provide closure. It may seem ridiculous to investigate something that “isn’t there” but who are we to say that a paranormal research investigation holds no validation if in the end it brings peace to a formerly tortured individual?

Do you believe paranormal activity exists or have you experienced anything out of the normal before?