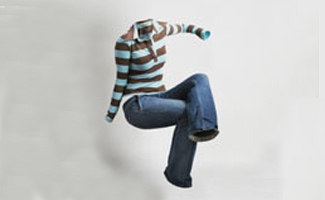 The idea of being able to render something invisible by cloaking it was once a concept only seen in science fiction films. A recent breakthrough discussed in the New Journal of Physics however, has discovered a way to cloak materials by channeling light around them. In this article we will take a look at this research and discuss how it differs from previous cloaking experiments.

Cloaking by Light Channeling is the Newest Research in Invisibility Cloaking

Before taking a look at the most current research in the field of “invisibility” research, it is perhaps prudent to understand a little more on the previous research in the field. Previous efforts in invisibility cloaking research have focused upon engineering modified materials to give them properties that cannot be found naturally – these materials are referred to as “metamaterials.” Modifying these materials allows for them to move light in unusual ways so as to give the impression that they had not been interrupted by the presence of objects. This older method of invisibility research is referred to as using a “carpet cloak” because a carpet of cloaking metamaterial is laid over the object to bend the light in such a way that the object appears to not be there at all.

More recent research conducted by Andrea Alu and her colleagues at the University of Texas in Austin has been able to put a whole new spin on this research. Rather than using a carpet cloaking mechanism, Alu’s research enables invisibility cloaking to be done in “free space.”

What Is Andrea Alu’s Research?

What is the Technology behind Andrea Alu’s Research?

As with most research, there is a downside to Alu’s invisibility cloaking research. One of the biggest obstacles that come with the use of a plasmonic material shell is that for each individual item the shell has to be customized. For example the way that light plays on the atoms of a banana is not the same as the way that light plays on the atoms of a car and as such the plasmonic shell must be customized to each object in order for each of them to be rendered “invisible.” That is not to say that the “cloak” would not work at all if objects were changed, but it is to say that where the cloak may cause the banana to be completely invisible, it would not cause the car to be completely invisible.

While Alu’s invisibility cloak research may not indicate a simple invisibility cloaking answer that can be applied in general circumstances, it does play an important role in the world of physics. Alu’s success in being able to cause the cylinder to disappear through plasmonic materials indicated that there is potential in researching further in to utilizing light wavelengths to advance invisibility research.

How Does Alu’s Research fit In to Invisibility Cloaking Research?

Even though Professor Alu has taken a different route in invisibility cloaking, her research can still play a role in the previous research done in the field of invisibility cloaking. While there may be limits on Alu’s discovery, it may be possible to combine her research with that of previous researchers to pull together plasmonic material and structured metamaterials in a much more advanced cloaking technology.

When people hear the term invisibility cloak they tend to think of the super natural types of creations like the invisibility cloak in the movie Harry Potter. The truth of the matter is that the “invisibility cloak” that can disguise anyone and everyone with a single cloak is still as far off as it ever was. While this may not be the news that you hoped to hear in regards to the invisibility technology of the future, it is possible that professor Alu’s findings can contribute to a much faster movement towards this type of self cloaking technology. Professor Alu believes that her findings while they may not be as groundbreaking as some might hope will be able to contribute to a future of a hybrid type of cloaking. It is professor Alu’s belief that five years from now that her research in to plasmonic cloaking will lead the way in the practical application of invisibility technology research.

Research at the University of Texas

On Wednesday, March 27, 2013 the research behind invisibility cloaking once again made the news with new research data being released by the University of Texas in Austin. Researchers at the university have developed a method to create invisibility within a limited number of light waves. This finding, while limited shows promise that in the near future the concept of invisibility cloaking may be entirely possible.

The research team at the University of Texas in Austin has created a material called the “mantle cloak” according to the New Journal of Physics. The thin material of the cloak is designed as an “ultralow profile cloak for scattering suppression of a finite-length rod in free space.” What does this mean exactly? It means that if the cloak is wrapped around an object it will effectively cause that object to disappear. The catch? The disappearing act only applies to a limited or finite range of light waves. The cloak currently only works with microwaves, but it is hoped that this initial research will lead to future findings that can expand the cloak’s application.

Physicists at the University of Texas in Austin experimented with the new mantle cloak by covering a cylinder with it. The cylinder in question was an inch in diameter and a foot long and according to microwave detectors the object was no longer detectable. Does this mean that the object became “invisible” though? Well yes and no. While the cylinder was no longer visible via a microwave detector, it was still completely visible to the human eye. This is not the “invisibility cloak” that science fiction fans dream of. With that said however, the researchers involved with this study believe that the same principle as is used with microwave detectors can be applied to the range of perceptible light. This transference would cause the cylinder to become invisible to the naked eye. So would this tweak cause the mantle cloak to cause objects to become completely invisible? Again, yes and no. If the concept were tweaked to apply to a visible range of light, the effect would still only apply to a small number of electromagnetic waves at any given time. This limitation means that even if the mantle cloak were tweaked to apply to a visible range of light it would only be able to hide objects that were thinner than a strand of human hair. Again, this is not quite what science fiction fans had in mind!

Why Is This New Research Such a Big Deal?

With the limitations above in mind, many ask why this new research is causing such a ruckus in the scientific community. While this may not be the cloak of invisibility that many dream of, the research behind the mantle cloak is big news for the scientific community. This discovery means that nanotechnologists may be able to pass light through microscopic objects that may previously have blocked it. Additionally, this research could play a significant role in specialty optics and biotechnology as well.

How is this New Research Different?

This research out of the University of Texas in Austin may seem like old news to those keeping on top of invisibility cloak breakthroughs, but this research is something new. Unlike older research that focused on using large devices and less convenient cloaking methods, this new mantle cloak is a much more convenient concept. The sheer thin fabric of the cloak is not only lightweight but it is also able to fit to cloak objects of any shape.

How Does the Mantle Cloak Work?

This new mantle cloak is designed to work with the way that the human eye functions. As human beings we see because the light reflected off objects hits our eyes. The concept of this mantle cloak research is much the same, microwaves are bounced off the object and those waves are registered by a microwave detection device. By being able to manipulate these microwaves or in the case of invisibility to the eye, light waves, items can be rendered invisible even though they are still present. Previous attempts to render items invisible focused on bending light around objects rather than changing the light waves themselves. The mantle cloak is unique in that it’s the first real attempt at changing light waves to cause an item to become invisible rather than using “tricks” like stage magicians to bend light around an object and render it invisible.

What is the Mantle Cloak made from?

One of the biggest questions from fans of the new invisibility cloak research is what is the cloaking material made from? Researchers created the mantle cloak by combining copper tape and polycarbonate. The result of this combination is a checkered type of material that works by neutralizing the microwaves that bounce off it. The pattern of the cloaking material must be close to the size of the wavelength of light that is going to be neutralized which means that it is only able to work on a small range of waves at the moment.

The Trouble with Invisibility Cloaking Research so Far

Even if the current invisibility cloaking research were adjusted to work with light waves rather than microwaves and the cloak were adjusted to work on a larger range of waves there are still some problems with this research. The mantle cloak has absolutely no effect on a large number of electromagnetic waves and if the cloak were adjusted to work with light waves, these are just a small portion of the electromagnetic waves. Additionally and perhaps more importantly to this research, the technology behind this cloaking device is capable only of camouflaging items that are too small to see with the naked eye. So with this in mind while it is possible to learn something from this mantle cloak research it is perhaps not what science fiction lovers worldwide had hoped for. The invisibility cloak of Harry Potter may be some way off but researchers still hope that it can still pave the way to future research in that realm.

An individual has not started living until he can rise above the narrow confines of his individualistic concerns to the broader concerns of all humanity.