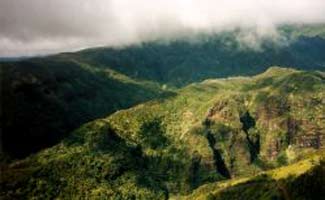 The Importance of the Jurassic Period Plants

A Timeline of Jurassic Plant Life

What is interesting about Jurassic period plant life is that no new major groups of plant life evolved during this period. At the beginning of the Jurassic period the Earth saw the disappearance of seed-fern floras but the gymnosperms and true ferns were thriving. Of the plant life that really thrived during this period it was the gymnosperms or the naked seed plants that really dominated the land. The gymnosperms were first seen in the Paleozoic era and were divided in to cycads and cycadeoids, conifers and ginkgos.

Cycads are seeded plants that are physically recognized by the presence of a thick and wooded trunk and a crown of stiff evergreen leaves. Of these plants individuals of the species are all male or all female and both are known to have exceptionally long life spans. Cycad plants are found throughout the world even today but prefer to thrive in areas that have tropical or subtropical climates. Cycads are particularly hardy trees and can thrive in a number of different types of habitat including deserts, swampy bogs, shaded areas, sunny areas, salt rich areas and even on rocky surfaces. The diversity of these plants and their ability to grow in any number of habitats is believed to be what allowed them to thrive for such a considerable amount of time. These plants first made an appearance in the early Permian era and are still thriving today! A significant number of herbivorous dinosaurs fed on cycads because of their hardy nature, their bountiful presence and the fact that they grow both close to the ground and high from the ground.

Cycadeoids are a group of plants otherwise known as bennettitales. This order of plants became apparent in the Triassic era and is believed to have become extinct in the Cretaceous period. The Cycadeoids were seed plants that generally look much like Cycads in terms of physical appearance. The Cycadeoids are separated in to two groups, Cycadeoidaceae and Williamsoniaceae. Each of these groups contains a number of individual plant species. The Cycadeoidaceae include: Cycadeoidea, Cycadekka and Monanthesia. These plants are all characterized by thick trunks and the presence of cones. The Williamsoniaceae include: Williamsonia, Wielandella, Williamsoniella and Ischnophyton. These species of plant had much more slender trunks that branch and cones that are used for reproduction.

Conifers are known by any number of names including: Pinophyta, Coniderophyta or Coniferae made their first appearance in the late Carboniferous period and remain a thriving plant family today. Like cycads and cycadeoids conifers are cone bearing. Only a few of the conifers known today are recognized as plants, most of this species are woody trees such as Douglas-firs, cypresses, junipers and firs. There are currently 68 genera and 630 living species of conifer; however, this variety of plant was certainly not as bountiful back in the Jurassic period. One thing that makes this plant variety particularly interesting is the fact that it seemed to thrive as a result of the Permian-Triassic extinction event that had such a devastating effect on many other living things.

Ginkgophytes or simply ginkgo is known as a genus of plant that does not flower and is currently known only by a single living species: ginkgo biloba. Ginkgo biloba is seen by many as a living fossil and is taken in the modern day as a supplement. Is it believed that the ginkgo plant dates back as far as 199.6 million years ago to the beginning of the Jurassic era and it currently still thrives. The Jurassic period was a particularly beneficial era for the ginkgo plant not only because it saw its beginning but also because it was able to diversify. Throughout the middle of the Jurassic period the ginkgo plant diversified and came to spread throughout Laurasia and this diversification carried on through the beginning of the Cretaceous period. By the middle of the Cretaceous period however, this plant began to decline in diversity. Today there is only one single specimen of this plant life left living, this species of ginkgo was able to thrive in China where all other gingko plants died out in the rest of the world. All of today’s ginkgo supply was ago to survive as a result of the single remaining gingko species. Species of ginkgo that were once living include: ginkgo adiantoides, ginkgo apodes, ginkgo digtata, gingko dissecta, ginkgo gardneri, ginkgo ginkgoidea, ginkgo huttonii and ginkgo yimaensis.

There are a number of differences between the plant life found in the Jurassic period and the variety of plant life found today. Land plants were indeed plentiful during this historic era however, they were not the plants that you and I commonly recognize today, they were mostly non-flowering plants. If one word were to be used to describe the plants of the Jurassic era it would most commonly be the word “ferns” since many of the plants from this time were similar in appearance to the ferns of today. One of the reasons that plant life in the Jurassic era was all adapted to a particular type of environment is due to the overall higher latitudes and the humid and warm climates that they created. The tropical environment created during the Jurassic period was particularly conducive to this type of non-flowering plant. So hardy were a number of the plants that began life in the Jurassic period that they managed to thrive for millions of years and can still be found today.

The Progression of Plant Life in the Jurassic Period

During the Jurassic period the supercontinent known as Pangaea broke in to Laurasia and Gondwana. This breaking up of the mega continent of Pangea allowed for more diversification of plant species and as the continents continued to break apart plant life became even more diversified. The diversification that occurred among plant life is also evident among the superorder Dinosauria. As the continents shifted and moved from one area of the ocean to another the climates began to change drastically which allowed for plant and dinosaur species both to begin adapting to suit their new ecosystems.

Discovering the Plants of the Jurassic Age

Many people wonder just how it is that we can know anything about plant species that lived so very long ago particularly since plant life does not have any skeletal remains. Plants are not all that unlike the dinosaurs and other small mammals of history however in that they did get preserved. Fossils are any evidence of past life, this evidence does not have to contain skeletal remains and as such plants can be fossilized as well. While a number of plants and animals did not undergo the preservation that fossilized elements did, some were exposed to just the right conditions which enabled them to be preserved in some type of element. Fossils are commonly preserved in amber, animal or dinosaur feces and soil or sediment. In order to result in a fossil an item can be exposed to a number of different conditions such as:

These elements can result in plant material being fossilized so that paleontologists and other researchers can discover a wealth of information about Jurassic period and other prehistoric plants! Some of the information that these researchers can find out about plant life from these fossilized remains are growth patterns, population density of specific plant species, reproductive patterns of particular plant species, the age of plant life and levels of moisture in the air at the time of the plant’s death. These fossils can also tell much about the environments in which the specific plant species grew and even what types of elements were rich in the soil and ecosystem where the plant grew. Fossils of Jurassic period plants can tell us so much about the planet in a snap shot of time.

My name is Jeff and I farted.

this really helped me for a school project thank you

Hi Jeff, thank you for sharing 🙂

Wow, this page was so helpful! I wasn’t very excited at first about making a whole research project about plants, but this website has really made it quick and easy to find all the information I needed! Thank you!

I’m working on a project (last minute – not a good idea) and finding the plants that lived in the Jurassic Period was the last thing on my checklist! Thanks!