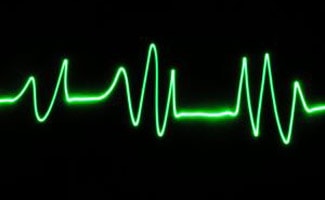 Aside from the human brain the human heart has to be one of the most amazing powerhouses of the human body. From around twenty one days after conception the human heart begins beating and continues to beat until that human being’s dying day which is occasionally over one hundred years later! So what is it that makes this humongous machine so amazing? Why is it such a powerhouse? Let’s discover the human heart and find out!…

The Human Heart is the “Battery” of Living Beings

What is the Structure of the Human Heart?

Functioning of the Human Heart

The Human Heart has Four Chambers

The Left and Right Sides of the Human Heart

The Path Blood Takes Through the Human Heart

After oxygenation the blood travels through the pulmonary vein in to the left atrium of the heart. From the left atrium blood passes through the mitral valve in to the left ventricle. The mitral valve is also referred to as the bicuspid valve and serves to allow blood to flow from the left atrium to the left ventricle. The mitral valve serves as something of a one way doggy door which is triggered by the pressure of blood building up in the left atrium. Once the left atrium fills it pushes the flap (valve) and allows the blood to move through to the left ventricle. After the blood has moved through a normally functioning valve will close, preventing blood from flowing back in to the atrium. Certain diseases such as Mitral Valve Prolapse result in a thickening of the mitral valve and result in various problems such as mitral regurgitation, endocarditis, congestive heart failure and even cardiac arrest. Once the oxygenated blood has moved through a healthy mitral valve in to the left ventricle it is then sent through the aortic semilunar valve to the aorta. The aortic valve can become diseased as a result of illness and disease can result in two situations occurring. The first result of a diseased aortic valve can be aortic stenosis in which the aortic valve does not open sufficiently resulting in not all of the blood flowing out of the heart. The second result of a diseased aortic valve results in aortic regurgitation where blood flows back in to the heart against the one way flow system. Frequently individuals can experience both of these situations at once. Aortic valves have been known to be replaced through open heart surgery. Replacements involve an artificial heart valve or a heart valve created from animal tissue. Through the healthy aortic valve, however, the blood is sent to the aorta and is then sent out to major arteries through a fork to pump blood through the body and feed the cells throughout the body with oxygenated blood. After oxygen has been depleted from the blood it passes through venules which run in to veins and then in to the inferior and superior venae cavae which bring the deoxygenated blood back in to the right atrium where the blood begins its cycle all over again.

Tools Used by Cardiologists When Examining the Human Heart

Electrocardiograms Are Used to Analyze Your Heart’s Rhythm

Understanding the Human Heart Enables us to Live Longer

Throughout history human kind has learned a lot about the human heart and developed unique and ingenious ways to visualize this powerhouse without invasively observing it. These discoveries in terms of medicine provide humans with a much better chance at survival based on the fact that heart arrhythmias can quickly be detected and pinpointed without even opening the chest wall or guessing as to which area of the heart is malfunctioning by using a stethoscope. While the noninvasive discoveries made in terms of advancing cardiac care are certainly big steps there are also the invasive cardiological discoveries that have made such strides in terms of rehabilitating patients. Before open heart surgery, before valve replacements and bypasses an individual with “heart trouble” had no other option but to accept medication and the fact that their life was soon to be over. Now, with the discovery of so much more information about the human heart doctors are able to rebuild a weak heart and transplant newer valves in to replace the weaker and sickened valves. Such giant leaps forward in medical discovery have enabled so much more knowledge to be attained in relation to the human hearts function as well as enabled many thousands of people a second chance at life!

I randomly happened across this article, and after reading the first
couple sentences, couldn’t stop! I think it’s nice to take some time out
and reflect on just how amazing our human bodies are. Live every day to
the fullest and don’t take anything for granted!

So true, thanks for stopping by to read our site and glad you enjoyed the article!