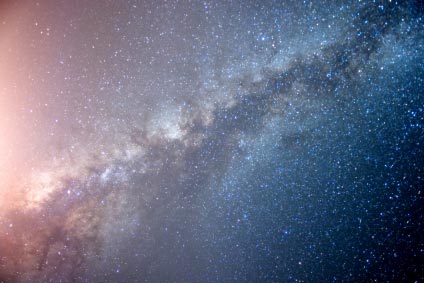 And…we’re still here! Phew, the world didn’t end. Close one! Or was it? The Mayans Were…Right!

That’s correct, never was there a suggestion by the Mayans that the world would end on December 21, 2012. Leave that job up to Hollywood and the doomsday sayers. The Mayan Long Count calendar is cyclical, which means every Long Count, or Epoch, their calendar resets, similar to the odometer on your car. The last time this happened was on August 11, 3114 BC. And guess what, the world didn’t end then either.

There are multiple interpretations of what Long Counts signify. Many philosophers see the Epochs as depicting abstract shifts in the development of the human civilization. Others look to the stars and see a bigger meaning in the cosmos. The fact remains that the Mayans had the most advanced and astrologically accurate calendar in history, to this very day. Their calendar pointed back several billion years farther, to the beginning of the universe, than our modern physicists are able to calculate. NASA themselves confirm this, as you’ll see if you read and explore our article on Why the World Did Not End on December 21, 2012. Enjoy!

On the remainder of this page you’ll learn more about the planetary alignments, see our official countdown to 12/21/12 (which as you’ll notice has since completed), and read some very interesting, informative, and even amusing comments from our readers as to their thoughts on why the world would have, or didn’t (or still will), end.

What will happen on December 21, 2012? Will the world end? Only time will tell. Here is the official countdown timer to this event:

This countdown is based on the closest possible approximation as to when this event will take place: on December 21, 2012 at 11:11:11 UTC. Partake in our discussions at the end of this article and read on for more information on what makes this date so special.

Because this page grows daily, we’ve added a menu to help you find your way:

Since the Mayan calendar is based on cycles (read our article on How Does the Mayan Calendar Work to learn more), December 21, 2012 merely indicates the end of a cycle that began on August 11, 3114 BC. While there are wild interpretations as to what this date means, and many holiday resorts are booked out on this day, there is no evidence from any Mayan literature suggesting that the world will come to an end.

What Will the Next Mayan Long Count, or Epoch, Bring? 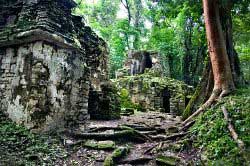 Assuming as we did above that the world will not come to an end on December 21, 2012 – we ask ourselves, what will happen? What is so significant about December 21, 2012? The significance lies not merely in the fact that a Mayan epoch is coming to an end, but in the celestial events that astronomists have confirmed will occur on this day.

December 21 is the winter solstice, and in 2012 the Sun on the solstice will be almost perfectly aligned with the plane of the galaxy (the Milky Way galaxy). What is astonishing is how precisely the Mayan calendar was able to pinpoint this alignment of the planets.

What’s so Special About Planets Aligning?

The equator of the Milky Way galaxy (Galactic Equator) and the path of the Sun (the Ecliptic) will cross each other at exactly 11:11 am GMT on December 21, 2012. What does this mean exactly? Or, even better, what is the probability of this occurring?

Every year on the winter solstice, our Sun has a Declination of -23.5 degrees, and a Right Ascension of 18 hours. But what makes the alignment of 2012 special is how this alignment occurs relative to very distant stars. On December 21, 2012, the alignment will be right along the plane of the entire galaxy. This precession of the equinoxes goes in a complete circle and happens only once every 26,000 years. In other words, the winter solstice moves 360 degrees every 26,000 years, or 0.01 degrees each year.

We Are Entering a New Mayan Epoch 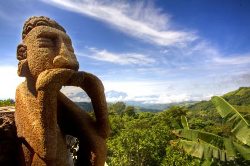 Did the Mayans know something about 2012 that we don’t? I think more significant than the fact that the planets align in 2012 is the fact that we are entering a new Mayan epoch, or Long Count. While the pundits will be focused on doomsday prophecies and the destruction of the world, those pondering our purpose may find themselves enlightened by a greater perspective – one that may not be clear until hundreds or thousands of years from now.

According to the Mayans we are entering a new age. What does this mean? We think it may have something to do with the shift towards a more Eastern, or spiritualist, way of life. The Western way of life, and the worship of material goods, progress, and capitalism, has accelerated its way headfirst into battles and wars for hundreds of years. Hopefully, our race will eventually elevate itself to a new era of understanding – one where we find ourselves to be more introspective, and spending our time pondering not only the bigger questions of life – but the smaller ones as well. Spending more quality time with our loved ones, and enjoying the moments. Because we feel there will be many more to come.

Scientific circles are more or less unanimous that the world will not come to an end on 12/21/12. They feel that a misinterpretation of the Mayan calendar has led people to believe the calendar, and therefore the world, will end on this day. Scientific interpretation, however, debunks this myth.

Do you think the world will end? Vote Today

Learn More About 2012 and the End of the World

Our article has only scratched the surface of the now famous 2012 Mayan prophecy. To dive deeper into Mayan history and the science behind the 2012 planetary alignment, check out these resources. The ones we’ve selected are instantly downloadable and viewable, so you don’t have to worry about ordering and the world ending before you can learn more!

With the end potentially drawing nearer every day, you better start planning and packing your survival kit so you are prepared if the end comes on December 21, 2012. So, what do you need in your survival kit? We suggest you pre-pack a backpack with the necessities. This bag is commonly referred to by doomsdayers as a “go bag”.

While there are many things you could consider, the basics can be found in this Grab- ‘n-Go Emergency Kit that includes a backpack to carry your survival supplies and is designed to sustain 2 people for 3 days.

A more extensive version of this survival kit is the Deluxe 2-Person Perfect Survival Kit which includes:

Additional Items for your Go Bag

While this kit will get you started, we suggest you buy one more backpack as well for each additional person in your family and fill each pack with the following:

Planning an End of the World Party?

Why not?!? We have lots of great tips for how you can be sure to make the most of what might be our last day on earth – or not! A great excuse to party either way, right?!? Read our article on how to plan an end of the world party for specific ideas and tips – from music to attire to menu planning! 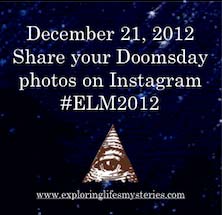 A suggestion from one of the comments below was to take advantage of the Planetary Alignment by inviting you, our reader, to take a snapshot of yourself on December 21, 2012. Show us and the world how you are celebrating the solstice.

Using the Instagram app on your camera phone to take and share photos of the end of days, according to the Mayan Calendar. And be sure to tag your photos with the hashtag #ELM2012 to create an album of photos to see how others are embracing the event. Your photos with the tag #ELM2012 will then appear on our website in the right sidebar. 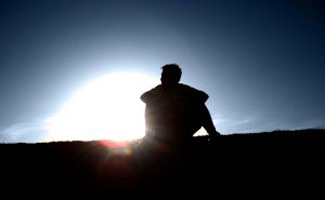 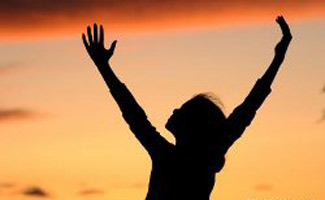 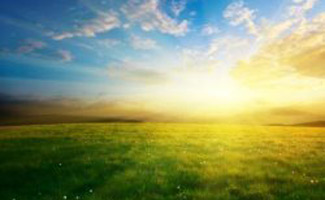