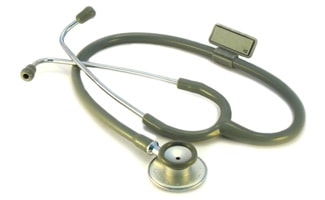 A shrinking world is giving way to new and exciting options in medicine.

Medical tourism conjures up a wide range of possibilities regarding the ”what’s” and the “why’s” people might reason the need to go on a trip for medical reasons. I have to admit, the first images that came to my mind were motel operating rooms in Mexico for a cheap facelift and a Colorado dispensary for my cousin’s, cough, glaucoma condition.

It turns out, however, that medical tourism goes well beyond the loopholes and excuses that might first come to mind, and is becoming a very real, very prosperous industry in the United States and around the world.

Medical tourism aims to provide patients with global choices for healthcare needs. This isn’t just for elective surgeries and cosmetic procedures either. According to the Center for Disease Control and Prevention, “It’s estimated that up to 750,000 U.S. residents travel abroad for care each year”. That is a staggering amount of people considering that the United States is widely regarded as having the best healthcare in the world.

Increase in health care has forced U.S. hospitals to lower their prices on elective surgeries, treatments and minor operations. Some hospitals will offer even greater discounts if customers pay cash upfront instead of using insurance. However, Obamacare and increasing costs of insurance have tipped the scale the other way in some instances, and Americans are seeing the cost of medical practices rise in recent years. The biggest thing to know is that there are options, both at home and abroad, for just about anything you might need medically.

Due in large part to the rapid growth of the digital world, medical tourism is exploding in popularity yet is still in its infancy. With the growth of this new option, there is continuing and developing information that is being explored about this industry.

The biggest thing to happen to medicine and insurance in the past 20 years has been the introduction of the Affordable Care Act (ACA), otherwise known as Obamacare. ACA has provided many Americans with affordable health insurance. However, insurance companies and businesses that offer employee health insurance have been forced to raise premiums due to a higher level of minimum care. Further, the general cost of many Americans’ medical costs has risen.

More than ever, Americans are seeking alternative options when it comes to everything from consultations to invasive surgeries. According to a recent article in the Heartland Institute, Sarah McIntosh describes the cost savings one might experience in traveling abroad versus similar treatments in America.

“In the United States a nuclear stress test with a cardiologist and radiologist fees can run close to $7,500, whereas in Costa Rica the same test costs less than $1,000 and includes all the necessary consultations,” McIntosh writes.

What Risks Are Associated with Medical Tourism?

Medical tourism isn’t without risks. Most insurances will not cover any portion of the bill for any procedure done outside its own networks, let alone outside of the country. Depending on what someone might be looking to have done, it’s extremely important to understand the risks involved with looking internationally for drugs and/or medical procedures.

Watch this segment from CBS’s This Morning show to see how much you could save on common procedures if you decide to go this route.

There are equal amounts of risks and horror stories about traveling to unfamiliar places for medical procedures as there are successful, money-saving cases for patients seeking a tuck or intensive surgery. The key point to take away is that there is a great deal of information available regarding medical tourism and you truly have to do your homework before deciding if it is the right path for you.

Are you considering going abroad for a medical procedure?