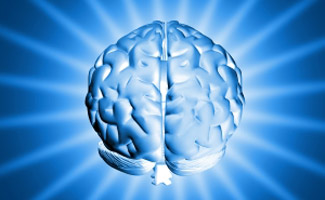 While there are some mammals that show signs of significant intelligence, including the ability to grasp language, there have yet to be a creature that rivals the human being in terms of brain power. Take for example the chimpanzee that is so often referred to as being “almost as intelligent as a human,” Dr. Daniel Geschwind professor of human genetics at the David Geffen School of Medicine, explains that in comparison to the human brain the brain of a chimpanzee fires on six cylinders rather than the human brain which fires on twelve. This explanation breaks down in to the simplest terms why the human brain is so amazing, even while only using a percentage of its potential the human brain is capable of grasping, processing and interpreting so much more information than the brain of other “human like” creatures.

How Much Do Our Brains Weigh?

On average the human brain weighs around 3 lbs and is slightly more voluminous in men than in women although brain size generally changes from individual to individual (as does the appearance of brain structures.) The human brain is pink in color and whitish on the interior and contains over one hundred thousand axons by the time an individual is twenty years of age.

What Are the Areas of our Brain?

The human brain is separated in to a group of general features including the corpus callosum, the cerebral cortex, the thalamus, the hypothalamus, the hippocampus, the cerebellum and the brain stem. Each of these major sections of the brain performs a specific function in the workings of the brain as a whole.

The Cerebral Cortex: The Grey Matter

The Thalamus: Spatial Sense and Consciousness

The hippocampus is similar in structure to the shape of a seahorse and is located in the medial temporal lobe of the brain. The hippocampus is responsible for spatial navigation and long-term memory. Due to the fact that this is the area of the brain that holds long term memory it is known that this is one area that is significantly damaged in patients with Alzheimer’s disease.

The hippocampus is also the area of the brain that is damaged when people suffer brain injury and are no longer able to form or retain new memories.

The Cerebellum: Movement, Balance, and Posture

The cerebellum generally appears in diagrams as the large garlic bulb shaped structure at the back of the brain. The cerebellum is responsible for the coordination of movement, balance and posture in the body. While the majority of the cerebellums functions are related to motor control it also plays a part in cognitive functions like attention, language and regulating some emotional responses.

The Cerebral Cortex and the Four Lobes

Wernicke’s and Broca’s Areas: Speech and Memories That Make Us Human

Wernicke’s area works in tandem with Broca’s area to understand and produce speech. These areas are specialized to the human brain and are one of the major differences that allow humans to be capable of such complex language skills where other mammals are not. Damage to the temporal lobe of the brain can result in the inability to create new memories.

What Separates Us From Animals

These executive functions are, in a way, what separates humans from wild animals, they are the things that make us “polite” and able to “get along” with each other without breaking in to fist fights any time someone else has something that we want. Damage to the frontal lobe of the brain can result in the loss of smell or taste, reduced sexual interest, risk taking behavior is not perceived as being risk taking, increased distraction, disruption in creativity be it increased or decreased and a change in socialization habits.

The Parietal Lobe: Are You Left-Brained or Right-Brained?

The Human Brain and its Lateral Function: Amazingly Organic

Another intriguing fact about the human brain that has never been particularly understood is that the brain is lateralized in terms of function, meaning that the left side of the brain controls the right side of the body and vice versa. Even more amazing than this, however, is the fact that in certain epilepsy patients who have had the connection between the two hemispheres severed, one side of the brain is able to make up for the loss of the other half of the brain and take over some and sometimes all of the responsibilities of the lost hemisphere. While this occurs mostly in younger children whose brains are still developing at the time of surgery it is certainly another reason why the human brain is so amazing!

The human brain is a particularly complex organ and certainly cannot be summed up in one short article, however, the major functions listed above are those which play the largest part in what makes the human brain so amazingly versatile in comparison to other lesser mammalian brains. Whether it’s the inclusion of so many complex structures or simply our brains ability to adapt and use those structures in a way which promotes survival as a species no one is entirely sure but one thing is for certain – the human brain is an organ which has managed to evolve far past the standards of other mammals. Even mammals with significantly human traits there is no comparison when it comes to sheer brain power. How long did it take for human beings to develop the ability to utilize so much of their brain and evolve such highly specialized regions of the brain? It can never be known for sure but should other mammals ever follow in the footsteps of human beings and develop such complex brains capable of specialized functions such as speech, we can perhaps piece together the puzzle ourselves and back track to the evolution of the human brain.