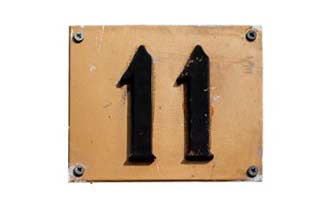 The 11:11 phenomenon is a numerological belief that highlights the importance of the numbers 11:11 in world events. Many people are familiar with the concept of making a wish when they spot the numbers 11:11 on a clock – this stems from the belief that 11:11 on a clock is an auspicious sign and the perfect example of the 11:11 phenomenon. Depending who you ask the interpretation of the appearance of 11:11 is varied. Some people believe that this phenomenon is simply auspicious, some believe it is a time that possesses “magical power” and some believe that it is a time that symbolizes the presence of a spirit.

The exact origin of 11:11 in numerology is unsure; however, one figure that plays a significant role in the 11:11 phenomenon is Uri Geller. Uri Geller is known for his examples of the 11:11 playing in to various world events.

Who is Uri Geller?

Uri Geller is a self-proclaimed psychic who was born on December 20, 1946. Throughout his history as a psychic, Geller has made numerous appearances on television showing off his “abilities” in telepathy, dowsing and psychokinesis. While many of Geller’s followers believe in his abilities, many others believe that he merely uses stage magic rather than some psychic ability. This discrediting puts Geller in a precarious position and makes many doubt his “talents.”

Geller claims that he first began experiencing what he calls the 11:11 phenomenon when he was 40 years old. At this time he said he would be compelled to look at the clock and notice that the time read 11:11 each time. Geller later found that many others worldwide were experiencing the same phenomenon, yet he had no true explanation for it. As a self-proclaimed psychic, Geller claims the he has a feeling that the 11:11 phenomenon is a positive thing. Geller claims that the number 11 to him represents the need to find balance and shirk the superficiality that commonly accompanies life in modern-day society.

For those unfamiliar with physics, string theory is believed to be the theory of everything. It is used to describe everything in the universe from force to matter regardless of its significance or insignificance. Geller makes a point to draw attention to the fact that string theory contains a number of “11”s.

Learn more about Brian Greene and his thoughts on string theory:

(a): 11=3, in binary arithmetic. 3 is the cornerstone of the trinity and also Hinduism.

(c): The building block of all existence since “the Big Bang” is Hydrogen, which through nuclear fusion has produced all the other atoms known to humankind. Hydrogen is another 11, in binary. Another 3: 1 electron, 1 proton and 1 neutron.

(d): The Yin and the Yang are also 11 – two ones of opposite kind, reflecting the duality of the universe in eastern religions and modern computer technology.

According to those who believe in the 11:11 phenomenon, there are a number of significant religious events which link to the number 11 as well. One prominent theory in this vein of thought is that Jesus Christ himself was born on September 11, 3 B.C. This calculation was made by Dr. Ernest L. Martin who utilized celestial charts for the town of Bethlehem to predict the birth date of Christ based upon the appearance of the famed “star”. Additionally, believers also point out that the name Jesus Christ has 11 letters, another appearance of the mysterious number 11.

Furthermore, the number 11 becomes prominent in examining the text of the Hebrew scriptures. These scriptures claim that September 11, 1999 celebrated the 6,000th anniversary of the creation of Adam – year 1 in the Hebrew calendar.

The most prominent factor in today’s society is undoubtedly technology. This technology, for the most part, relies upon binary code. Binary code relies upon a system of 0’s and 1’s to communicate – think of this as an electronic language. The prevalence of the number 11 in binary code is frequently cited as a reference to the 11:11 phenomenon by those who believe.

There is certainly no mention of the number 11 in the world’s recent history without paying homage to those who died on September 11, 2001. While those who believe in numerology and the concept of the 11:11 phenomenon claim that while the events of that day were a tragedy, they served as a “wake up call” for the American nation. These people, including Uri Geller, believe that the events of September 11, 2001 could have been much worse than they were. Geller also states that this number was likely selected by those responsible for the attacks as a “cruel joke” to play on the importance of the number 11 to Americans. This belief is of little comfort to those who lost family during the attacks and the warfare that has followed.

Scouring any number of websites and reading materials dedicated to the 11:11 phenomenon will recover a considerable number of events that have in some way been linked to the number 11.

The funny thing is that no one exactly knows what the 11:11 phenomenon means. No one is sure why it happens or even if it is a phenomenon at all. For Uri Geller and those who believe in numerology however, there is an idea that the “phenomenon” means “something.” Geller believes that a significant part of the 11:11 phenomenon is choosing between optimism and pessimism. In Geller’s belief system, the recurrence of the numbers 11:11, 11:01, 11:10, 10:01, 10:11, 10:10, 1:01 and 11:11 are all representative of a positive connection within the universe. Geller also believes that these numbers play a role in establishing a gateway to the mysteries of the universe as well as beyond our universe.

Geller also emphasizes the role of the number 11:11 in the human brain. According to his theories, Uri Geller believes that the number 11:11 serves as a trigger of remembrance. He believes that 11:11 is a number that is pre-encoded as a trigger inside the memory banks of human beings before we became human beings. Geller states that when this trigger is activated it refers to our “completion of duality” and indicates that our “time of completion is near.” What does this mean exactly? According to Geller, it means that a moment has occurred for us to wake up and reflect. During this moment a channel has opened up between the individual and the “Invisible.”  What should one do with this channel? According to Geller, it should be used to reflect, pray, meditate and “Seed” one’s future. In other words the “opportunity” presented by 11:11 should be taken as a moment of Divine Intervention in which the individual is being instructed to take a “time out” from the world and reflect.

The Visual Representation of the 11:11 Phenomenon

Uri Geller states that the 11:11 phenomenon should be seen as a “crack between two worlds.” The phenomenon is representative of a linking together of great energies that are united to create on great force that creates a door to an Invisible realm. Geller likens this to an entirely new concept of evolution.

Is Geller the Only One to Believe in the 11:11 Phenomenon?

In this piece we have focused on Uri Geller as a keystone for the 11:11 phenomenon. There are many more individuals however, who believe that the number 11:11 plays a significant role in to our lives as human beings. Geller is highlighted simply due to the fact that he has played such a significant role in publicizing the theory. A simple Internet search for numerology and the 11:11 phenomenon will reveal a great number of believers who assign any number of meanings to the appearance of the number 11:11 in their life. Surprisingly, a number of those believers are prominent figures who hold educational degrees in a number of fact based fields, proving that not everyone who subscribes to the 11:11 theory is a self-professed psychic.

The question remains however, does the 11:11 phenomenon hold the key? If you were to ask Uri Geller, he would state that this significant number has the ability to answer all of the unanswerable questions of the universe; that it can serve as our “decoder” for all of the mysteries that we do not understand. Ask skeptics of the 11:11 theory and they will tell you that Geller is a quack, that just about anything can mean something if they want it to.

What do you think about these theories surrounding the number 11?

Disclaimer: This article is representative of a number of facts and beliefs that have been collected and compiled. In no way does this information reflect the beliefs of the author or website on which they are presented.

I am no believer of magic and superstitions but I find it interesting that multiple times a day I come across 11. Mostly in clocks but that’s not the only source. There are important events in my life that is connected to the date 11. It just varies from time to time like door numbers, token number, parking number and what not. May be I am too much watchful for 11 (or) may be it just happening to me. One thing that found interesting that the occurrence was at peak during 2014 to 2018. I still do see 11 crossing paths but I believe the frequency is noticeably low.
I am huge fan of 11 irrespective of being is magical or not. All the events that are connected to 11 does not have negative impact. I am attracted to 11 to a extent that I influenced naming one of website.

Its just a small contribution for the believers of 11.

Numerology isn’t biblical and it is dangerous! Occultism, plain and simple. Don’t be deceived!

i just counted out the letters in Donald Trump and then again to make sure. It sure does. Have 11 letters. that’s my President. and this is the first post i see. hm. been seeing 11:11 a lot.

it is also the us section for murder under the usc title 18 chapter 51 sec 1111 for the murder of 4 or more people! hmmm!

I find it interesting that this 11:11 thingy only started happening relatively recently? I wonder if it is satanic in origin and more people are experiencing it because the antichrist is close? I don’t believe they are ‘angel’ numbers.

Interesting! satan sure is busy.

11 has been very bad for me. Can anyone explain it? Similarly 57. Thanks

For the past I’d say 9-10 months I’ve been seeing 1:11-11:10-10:11-9:11-11:11-11:01 and such. I am going through a tough family time right now and honestly have been struggling with religious views. I REALLY would like to know what these strange reputatious occurrences mean. Kind of brain wracking but still, good artical.

I’ve done some research on this, this is just a fake way to make people, citizens to believe.
It has no simple proof of any of this.

11:11 is real. There are tests on YT for us Indigo children can take to verify if we are Indigo or not. If the individual sees 11:11 in the videos that others wouldn’t see, then that person is a Indigo child. There are many other explanations I can explain and prove.

This is indicative of the time remaining for life on our planet. KJV CH:30 v:26 oh no go figure it yourself!