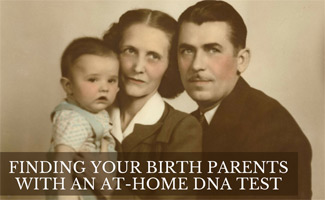 Richard Hill discovered he was adopted as a teenager and then spent a good part of his adult life trying to piece together the puzzle of finding his birth parents. Thanks to at-home DNA tests the process proved easier than expected and he was able to uncover some exciting facts that led to some significant discoveries in his life.

Since then, he’s written a book and makes it his mission to help others find their genealogical truth as well. We got the chance to interview him and are happy to share his story with our readers. We hope this amazing story will inspire you too!

Tell us about yourself & your DNA test story

At the age of 18, I accidentally learned that I was adopted. Years later I began a search that identified my birth mother (deceased) and found her other son, my half-brother. With the adoption record sealed and my mother long gone, I had no easy way to identify the man who had been my biological father. After decades of research, interviews, and dead ends, I finally learned about DNA testing.

A test of my Y chromosome identified a likely last name for my father. One of the men I had found in my research carried that surname. He was also deceased, but I found a niece that was willing to help me solve my mystery. It turned out that there were five brothers in the family and all of them lived in the area at the time of my conception.

Eventually, by testing some children of those men on autosomal DNA tests, I was able to determine which were half-siblings to me… therefore identifying their father as my father.

I had been the first known case of an adoptee identifying a birth family through genetic genealogy DNA testing. Since then I have made it my mission to share what I’ve learned with adoptees, birth families, and anyone looking for lost family through my website, Facebook page, and my Guide to DNA Testing.

My memoir that tells my entire story is “Finding Family: My Search for Roots and the Secrets in My DNA,” published in 2017 by Familus.

What changes in technology & the field have been most instrumental?

The biggest change in the field has been the introduction of autosomal DNA testing that can uncover genetic relatives, for both men and women, from any branch of your family tree. As more companies have offered these tests, the combination of technology improvements and competition has driven the price per test down from nearly $500 to below $100. That helped swell the databases to more than 12 million people today, resulting in more matches for everyone and a greater likelihood of closer matches for adoptees.

What have you learned in your family history journey? 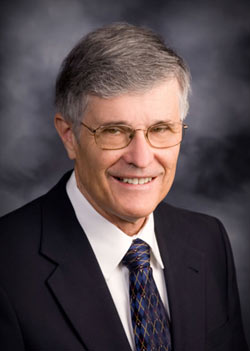 Once I finally knew the identity of both biological parents, I became interested in genealogy and have traced my genetic ancestors back many generations. Yet I have never stopped loving my adoptive parents, now long gone, who loved me unconditionally and helped make me the person I am today. They will always be “mom” and “dad” to me. And my adoptive family is still family.

I tell people that I am luckier than most. Instead of just two main branches of my family tree, I have four. In my opinion, you can’t have too much family.

Which test would you recommend for others looking to find their birth parents?

Most people should start with the AncestryDNA test. It has the largest user database. Plus, the raw data from that test, which you can download, is accepted for free uploads in lieu of testing at two other major companies (Family Finder by Family Tree DNA and MyHeritage).

How likely is it that someone can find their birth parents through DNA testing?

A survey done more than a year ago found that 48% of adoptees who used genetic genealogy DNA tests found a parent, sibling or half-sibling. With the continued massive growth of these databases, the success rate is almost certainly greater than 50% now and continuing to grow.

When you discovered who your father was, how did you respond?

When I finally identified my biological father, I felt a huge sense of relief and closure. Although I was way too late to meet either birth parent, I now have four half-siblings and many new cousins that have enriched my life.

What advice do you have for someone looking for their birth parents?

My advice for others looking for lost family is to get into all the recommended autosomal DNA databases. Those are AncestryDNA, Family Finder by Family Tree DNA, 23andMe, and MyHeritage. You can’t tell in advance which one will contain your closest or most useful matches. So maximize your odds of success and minimize your investment by testing directly at AncestryDNA and 23andMe and using your AncestryDNA raw data to get into the other two databases via free transfers.

Adopted men looking for a birth father should also do a 37-marker Y-DNA test at Family Tree DNA. That may, as it did for me, identify likely surnames or even uncover direct paternal line cousins.

A recent guest blog that I wrote for MyHeritage suggests the steps to take when one does uncover close genetic relatives through any DNA test.

Video: Richard Hill Discusses His Journey To Finding His Parents

In this 8-minute video, watch Mr. Richard Hill share more about his hunt for his genetic family history via DNA testing.

Looking to uncover secrets about your history? An at-home DNA test is a great place to start. We’ve tried and reviewed the best DNA kits on the market including which test is best for the information you are seeking.

What genetic mysteries are you looking to uncover through DNA testing? 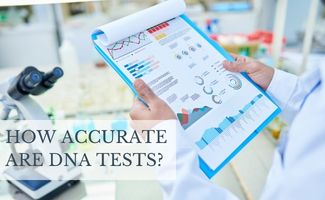 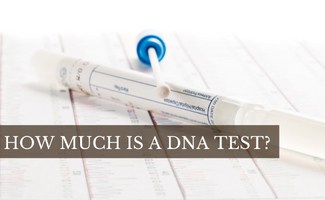 I got my DNA tested throigh Ancestry and the people they matched me with was the ones with my same last name or their relatives.
The woman who raised mt continuously told me, my entire life, that I am not her child. She said she had a boy, I am female.
What steps should I take now? I feel like I am at a deadend.

Hi Sharine, Your DNA matches on Ancestry are 99.9% accurate, so you are biologically related to them. If you feel comfortable, you could try to contact some of your matches to learn more about your family tree. Good luck!