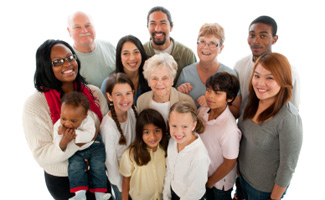 The sheer number of people living on the planet is a number so large that it is unimaginable for most of us. Few people realize however, that those who came before us numbered many more. We will take a look at just how the number of dead is calculated and what this calculation means for us.

According to current figures from the United Nations the population of the entire planet reached an amazing seven billion in October of 2011. This incredible number tends to blow the minds of most average people and this inability to grasp just how large seven billion it contributes to the panic that the current population of the globe is out of control. There is no doubt that the populations of today are growing at a much faster rate than they once were but there are those who claim that the number of living is larger than the number of dead.

Assessing the Past Population

In order to be able to accurately say that the current population outnumbers the dead – those that once lived on the planet, one must be able to accurately be able to determine how many people once lived. Being able to determine how many people live in the world today is done through census takers and various other population statistics. Just how can the population that no longer lives be measured though? On group that may have an answer is the Population Reference Bureau that is located in Washington in the United States.

The Data of the Population Reference Bureau in Washington

The starting point for determining how many people once lived on the Earth is considered to be when Homo Sapiens are first noted to have been present – some fifty thousand years ago. With a good place to start the Population Reference Bureau in Washington must then determine the end point for populations past and determine the data that falls in between these two dates. The problem comes in when it comes to calculating the populations between these dates however when looking at the lack of factual information for a large portion of this time. Obviously when man first walked the Earth there were no census takers and there were none for many thousands of years…so how exactly can a population approximation be made? According to the bureau it is all done by approximation.

Approximating the Population of Centuries Past

Approximating populations of centuries past is still a struggle because while researchers may have average birth rates for the twentieth century, there is no way of knowing the approximate birth rate of the early years of man. What researchers can determine however, is what the birth rate had to be for mankind to be able to survive and this is the method that the Population Reference Bureau utilized. According to the bureau the current birth rate is approximately twenty-three births per one thousand individuals. Many years ago however, the birth rate was much higher due to the death rate of infants and the lower life span of individuals, in fact in order to survive the approximate birth rate would have fallen around eighty births per one thousand people per year. It may make sense that more children were born due to the death rates of individuals but just how does a lower life span play in? Well, many individuals never grew out of childhood and in order for humans to survive birth rates had to be higher to make up for those who never lived in to their childbearing years.

As time progressed and cities began collecting taxes more accurate records are available for population census. With written census of various populations’ researchers have more reliable data to combine with their population estimations from earlier times.

How Do the Population Figures Compare?

Current estimations put the population of today at around seven billion living and according to the Population Reference Bureau some one hundred and seven people have ever lived. This marks an incredible difference and certainly backs the theory that the dead outnumber the living. What do these figures mean? Well to put things simply, there are currently around fifteen dead people for every living person. How soon after the dawn of man did we hit the number seven billion dead? Researchers say that we hit the seven billion dead mark as far back as eight thousand BC, but it could have been as late as one AD.

How Accurate is this Data?

Looking at the data from the Population Reference Bureau some people ask just how accurate this information can be. The truth is that the population estimates from the beginning of man are obviously not reliable however, if anything, the bureau ensured that they underestimated rather than overestimated populations. According to the data used, the population of fifty thousand BC consisted of two people and only grew to five million by eight thousand BC. This data also assumes a stable birth rate of eighty births per one thousand individuals from fifty thousand BC all the way through until 1AD.

Will There Ever Be More Living than Dead?

Some ask the question – will there ever be more living than dead? The simple answer to this question is no. The likelihood that the Earth could have a capacity of over one hundred billion living is simply not practical. In order for the Earth to have such an incredible population the rate of population growth would simply be astounding. The chance that the Earth will ever survive that many people living off her natural resources and polluting her air is not something that could be considered “practical.” In fact, if humans continue to treat the Earth the way we are doing now there is a high likelihood that by the time the Earth even begins to make progress toward more living than dead, the Earth herself will be unable to sustain us.