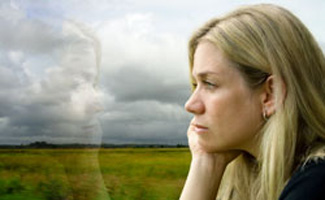 What is a Dissociative Personality Disorder?

For most people driving home without really realizing how they got there is just a matter of repetition, it is something that has been done so many times the brain simply carries out the action and we often find ourselves wondering how we got to where we are. For people with dissociative personality disorders this type of thing happens frequently and involuntarily. This unhealthy level of dissociation from the self can frequently lead to confusion, difficulty adjusting and problems carrying out even simple tasks. While it may seem like an inconvenient process that serves little function for the individual affected however, the process of dissociation is one that has formed over time in order to protect the affected individual from previous traumatic experiences or memories that may serve to completely break the psyche. Most often the more severe cases of dissociative personality disorder occur in adults who were subjected to sexual or ritual abuse as children.

What Function Does Dissociation Serve?

The idea of waking up from a “zombie like” state, not knowing how you got there or what you did on the way to getting there may seem scary but the truth is that it does serve a purpose. The human psyche is a particularly fragile thing and just like any other living thing it will attempt to self preserve. When the experiences of someone greatly threaten their ability to live a normal life, the psyche will attempt to dissociate from these experiences in order to allow the individual to live a more “normal” life. For example an individual who was sexually abused as a child by a swim coach may find that the very smell of chlorine makes them feel nauseous. In an individual with a dissociative disorder, the very hint of the smell of chlorine may prompt dissociation in order to prevent that individual from remembering details of their childhood abuse. The whole function of the process of dissociation is protection, protection of the self from incidents that an individual endures, incidents that, without the power of dissociation, would destroy the individual affected.

How Does Dissociation Work?

The entire purpose of dissociation is to disconnect the self from potentially damaging information and experiences that could impede the healthy living of the individual affected. Such events occur within our lives all of the time and while the majority of us do not respond by splitting in to personality fragments, we may find ourselves experiencing the process of dissociation anyway. Dissociation is also referred to by many people as “emotional numbing” meaning that they psychologically distance themselves from the traumatic event and appear to have no feelings whatsoever about the event or the outcome of the event.

Is Dissociation the Same As Post Traumatic Stress Disorder?

As mentioned above, any number of events can cause the process of dissociation. Generally more severe cases of dissociative disorders such as dissociative identity disorder result from extreme trauma that most individuals would not be able to survive; however, dissociation itself can result following any number of events. Most commonly dissociation is seen as a result of war, domestic abuse, sexual abuse, a natural disaster, a crime such as mugging or cases of severe neglect. Psychologists aren’t exactly sure what it is that causes the process of dissociation to kick in, nor why it kicks in for some and not others, but they are sure that it is a natural response initiated by the brain in order to protect the self. This means of self-preservation may seem extreme and somewhat baffling however, it is extremely fascinating to many.

How Does Dissociative Personality Disorder Manifest?

We have already discussed what can lead to dissociative personality disorder, but there are a number of ways that it can manifest; in fact in most cases it varies on a case by case basis. The severity of the dissociation that takes place also varies on a case by case basis which is determined both by the unique psyche of the individual as well as the degree of trauma which takes place to cause the initial dissociation.

“Made” Thoughts, Feelings and Actions

The concept of “made” thoughts, feelings and actions is often one that is associated with severe psychological disorders such as schizophrenia; however, these are also things that can accompany a dissociative personality disorder. When someone who is experiencing dissociative personality disorder they may experience thoughts, feelings and actions that seem as though they come from nowhere. The individual may feel as though they are carrying out activities as though they have been instructed to do so by another force. This aspect of dissociation is often confused with the hearing of external voices that often instruct schizophrenic people to participate in certain actions or follow certain instructions; however, the two are two different experiences. In the case of dissociative personality disorder the feeling is less of one of being instructed to do an activity and more of being taken over by a force and completing activities that do not make much sense. The feeling of being compelled to do something that would not usually be done, is often described as the individual being an onlooker while someone or something else controls their body and actions. 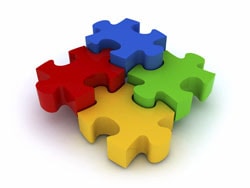 Derealization is a term that is used to describe the feeling that the world around an individual is not real. Rather than depersonalization where an individual fees that their own body is not theirs, derealization refers to the feeling that the world outside of the body is not real, this can manifest in which the world seems hazy and unreachable. In many cases individuals may state that they feel as though they are watching a movie rather than watching real people and real life events taking place. Derealization can be just as scary as depersonalization for the individual affected.

Dissociative amnesia is not only a scary symptom of dissociation but it can also be a dangerous symptom as well. Individuals experiencing dissociative amnesia are unable to recall personal and identifying information that cannot be contributed to simple forgetting. In this type of amnesia due to dissociation individuals can forget significant chunks of time in which they have no idea what took place or what they may have done. Individuals who experience dissociative amnesia most commonly experience forgetting of chunks of time in which severe abuse or traumatic events took place. These periods of time can span a single event or as long as years. This type of amnesia is recognized as being the psyche’s method of protecting the self from traumatic events which may otherwise completely destroy an individual and their ability to function normally.

Identity confusion is a term used in reference to dissociative personality disorder in which someone experiences confusion about who they are. This term may seem confusing but should be viewed as taking part in activities that would usually not be characteristic of themselves, for example, an individual who is terrified of heights who goes skydiving. Identity confusion is often seen as a way of compartmentalizing sections of the self in which an individual can appear to be someone else entirely. While this type of confusion can be upsetting for the individual undergoing the experience, it can often be even more upsetting for the individuals who are witnessing the account.

Why Does Dissociation Occur?

We have already discussed events that could potential trigger the start of a dissociative episode; however, what interest’s scientists, biologists and psychologists the most about dissociation is its origin. Studies so far have shown little genetic correlation to the tendency to dissociate. While dissociation may not be genetically inherited it is believed that it results from a combination of both biological and environmental factors.

Most commonly it is believed that dissociation is an adaptive process that takes place in order to reduce the impact that extreme stressors may have on a child when they are exposed to events such as physical or sexual abuse. While dissociative personality disorder may serve a purpose in childhood when an individual is grown and no longer experiencing the trauma that caused the initial phase of dissociation, it is no longer a needed skill. Dissociation in adulthood when it does not serve an adaptive purpose can cause a multitude of problems which can greatly impede adult life.

The Controversy over Dissociative Identity Disorder

Is Dissociation a Beneficial Adaptation or Merely a Fictional Creation?

There is no argument when it comes to whether or not dissociation actually exists, there are a good number of individuals who suffer from the effects of dissociation as the result of a traumatic or series of traumatic events. What is argued is whether dissociation can be so severe that it results in a complete fragmentation of the personality resulting in multiple personalities within a single being. While it seems easy enough for an individual to block out the single memory of a traumatic event, it seems extremely difficult for many to comprehend the ability to block out so much by sectionalizing the psyche and effectively creating multiple areas of the self to cope with the trauma. It seems feasible, if a single incident of dissociation can occur that dissociation can appear to an extreme extent; however, the idea of multiple “whole” personalities being created as the result of trauma seems too much to grasp for many in the scientific community. The question as to whether the most severe form of dissociative personality disorder actually exists is one which most likely will never be solved, that is unless researchers are somehow able to create physical images of the psychological state of patients rather than just physical images of the concrete matter within their skulls.

This video on multiple personality disorder, an extreme version of dissociative personality disorder, is provided courtesy of CBS, with Tracy Smith reporting. This mental health illness is not only a hardship for patients, but a fascination to filmmakers, authors and the public and a controversy among therapists.

Great attempt at an article, but it is obvious that you simply haven’t been there. You are not accurately describing the sensation, rather “guessing”. And it is off. It is amazing to me that the professionals haven’t identified that there are varying degrees of fragmentation (a much better description) before you hit that furthest level of multiple personality. At the other end are more mild forms such as functioning as a personalty “system” where different fragments perform the same function in reaction to the same stimulus. There is full awareness in most cases. Someone fragmented by trauma in this way will have rapidly changing emotions and an often predictable response to a current situation. Without reintegrating into one whole, there is little hope of growth and healing. RET is very helpful. Getting into a safe environment and around loving, understanding people is paramount. A desire for wholeness helps. The system is often afraid that it will be “lost” as individual fragments if it blends into one whole. This is not true. In wholeness all is there and there is a tremendous sense of peace. Also the ability to make decisions based on current circumstances without interference from past responses. I speak from experience. I integrated many, many years ago and can tell you that there is true healing. There just aren’t many counselors who understand the process that is necessary.