Using the label virtual reality headset for every pair of goggles makes it seem like all of them are created equal, but this couldn’t be further from the truth. You’ll learn why some are more expensive than others, and why some of the inexpensive ones don’t give you the true virtual reality experience.

What Is Virtual Reality & How Does It Work?

Mashable has this super helpful two and a half minute video explaining what virtual reality (VR) is, and how it works. They also show some examples of what it looks like through the goggles. We suggest you watch it before reading our reviews if you do not know what VR is. Then you can read more about our top picks and the pros and cons and pricing for each headset.

At a great price point, the Samsung Gear VR is our #1 pick for the best VR headset. Tons of Samsung users are purchasing the Gear VR to test out virtual reality without the high dollar. It holds your Galaxy phone, which is why the price is so drastically lower than competitors’. If you’re not a Galaxy owner, you’re outta luck and can’t use this set. This is a great starting point if you’re interested in testing out VR.

The Sony Playstation VR launched Fall 2016 and has quickly moved into our top three. Early reviews are looking pretty solid, which is why we’re comfortable putting them at the #2 spot. While it’s more expensive than the Samsung Gear VR, it is less expensive than the typical $500-$800 VR systems on the market.

The HTC Vive was previously our winner for best VR headset, but Samsung and Playstation have really stepped it up. This is the only VR headset that lets you walk around the room while playing your virtual reality games.

How do you not run into objects? Great question! Vive’s Chaperone system has virtual boundaries pop up to stop you from running into a wall in your playing space. Vive’s motion controllers really set this apart from its competitors since you can use your hands to pick up objects and whatnot.

Below are the rest of our VR headset reviews that didn’t make our top three in our best VR goggles.

If you’re new to VR goggles, this may be a good gateway headset for you. The Homido works with any 4″ to 6″ iPhone or Android smartphone. At a price point of less than $100, you can get an idea if you really like the idea of playing virtual games or experiencing virtual reality.

Overall, these are incomparable to the serious, high-end players in this category, but if you’re a beginner and are looking for a cheap alternative to VR glasses, look no further.

The LG 360 VR leaks light in like the Oculus Rift, so we suggest if you have this headset that you turn the lights off and play in a dark room. Overall, we couldn’t find any positive reviews of this VR headset. In fact, one site we read even said a pro was “good gift for someone you dislike.” We can’t recommend this at this time.

The Oculus Rift is what started the virtual headset mayhem. To use the Oculus Rift you sit in a chair, facing one direction (for the most part) and use an Xbox controller to move throughout the virtual world. There have been some users complaining of a motion sickness due to the motion they are seeing combined with not physically moving.

While the Oculus Rift gets the job done for VR, sitting still is not as realistic as the HTC Vive, which allows you to walk around. There are plans for the Oculus Touch motion controllers to launch in 2016, which would give more of a “rawness” to the games. The fit of the Oculus Rift’s face plate can be a bit odd. If you wear it tight, the lens fogs up, but if you wear it loose, light enters the view. This may not sound like a big deal, but it does decrease the realness of the virtual reality.

How can you avoid this? We suggest you wear it loosely and play in a dark room.

OnePlus Loop VR was supposed to release in June 2016 but was delayed. It looks like it came out in late July but early reviews are mediocre at best. We will update our review as we gather more information.

The Sulon Q is another VR headset that suffered from failure to launch in Spring 2016, so we have no information about its performance.

The hardest part when choosing VR goggles is deciding how much you want to spend. While some of these approach the $1,000 mark, others are much less expensive. It depends on what type of experience you’re seeking. Or if watching reality TV is more up your alley than virtual reality, check out our best home theater projectors and wireless surround sound systems for a killer at home viewing experience.

What type of virtual reality headset do you covet? 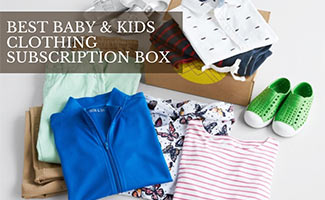 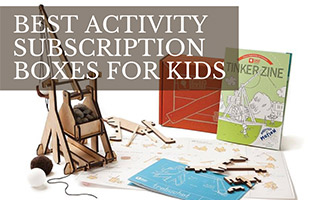 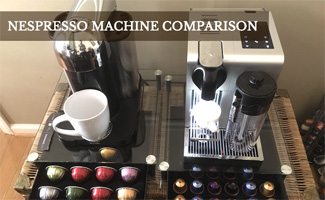 My son wants a Virtual Reality headset for his birthday and really wants the HTC Vive model you recommend but I feel like that’s a little too expensive for what we’re willing to buy him. So glad to hear there is an alternative for a better price tag and will check out the VR Headset and if he ends up playing a lot, maybe Santa will upgrade him for Christmas!? Excuse my mom ignorance here, but what games can you play with these? Are they compatible with existing Playstation games or do you get separate software? And are they unique to that particular VR headset? Thanks!

Great question! Some require a gaming PC while others work off of apps. So depending on the headset you get will determine the games needed. We suggest choosing a headset and then seeing what games and equipment are available and necessary.