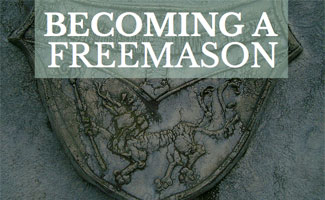 The very mention of the word “Freemason” conjures up images of secrecy, elitism male dominated society and in some cases – conspiracy theories. Are these ideas of what the Freemasons are an accurate depiction of this self-proclaimed “open organization”?

What Are the Commonly Believed Myths About the Freemasons?

Masonic initiations are a rite of passage that many believe Freemasons must pass to become a member of the society. According to some, including James McConnachie, the author of “Rough Guide to Conspiracy Theories,” these initiations make Masons out to be “weird” to outsiders. Such initiations, according to McConnachie include: “Rolling up one’s trousers, being blindfolded with a rope round one’s neck, and having a knife pointed at one’s bare breast.” While current members of the society deny that such ridiculous initiations take place, the myth still lives on and feed the idea that Freemasonry is a cult.

Freemasons are a Male Only Organization

Freemasons are always identified as being male-only organizations. While it is true that the majority of members of the group are male, there are select groups of women Freemasonry orders around the world including 20,000 members in Britain.

What Are the Freemasons All About?

If Freemasons are arguing the stereotypes and “myths” that are being given to them by the uneducated public, just what is it that they do represent? According to Grand secretary Brown, the Freemasons are about sun and enjoyment. Brown states that even the “initiation ceremonies” are about giving everyone the chance to stand up in front of other Masons and make friends and let themselves be known. One of the biggest underlying themes of Masonic life, says Brown, is camaraderie and making friendships that last. In addition to building relationships, Masonic rule dictates that members “support each other and keep each other’s lawful secrets.” While this idea can be taken as a gesture of good friendship, there are many who take it as a message of underlying corruption. For these people, secret keeping and lending support translates to corruption of the highest degree. Again, however, Brown insists that professional networking is forbidden under Masonic rule. As of 2013, there were 1,246,241 Freemason members in the United States. Learn more about the organization in our Freemasons Secrets article.

Why Do People Join the Freemasons?

What Does it Mean to Be a Freemason?

Learn about Freemasonry and what it means.

The Freemasons Attempt to Rebrand Themselves

Most commonly the term “rebrand” is associated with a product or a company, not a society like the Freemasons, but today it is. The Freemason’s United Grand Lodge of England has announced that they intend to start more open and transparent discussion of their organization. What is the purpose for this rebranding exercise? Brown claims that it’s a proactive move to help the public to understand exactly what the Freemasons are about. In addition, Brown says that he hopes they will be able to dispel some of the myths that are commonly believed about Masonic society.

The Future of Freemasonry Report

This report entitled “The Future of Freemasonry, researched by the Social Issues Research Center,” is the first step by the British Freemason group at rebranding themselves. This report is designed to provide the opportunity for open discussion about the Freemasons by focusing on Masonic themes. Within the report, both members of the Freemason society and of the general public are surveyed on various Masonic themes. The findings indicate that the members within the Freemason group value the community in which they function. Unfortunately, this report also indicates that the general public is blind as to the true themes under Freemasonry.

Can the Rebranding Campaign be Successful?

There is a significant degree of skepticism as to whether or not the rebranding campaign of the Freemasons will be successful or not. According to Jonathan Gabay, a brand consultant, the new campaign not only means that the freemasons must show sincerity about being transparent but they must also maintain enough secrecy to satisfy members of the society. Why is secrecy such a concern? Every organization has something that they keep to themselves, football teams have their plays and the Freemasons have their hidden rites of passage. Without these hidden rites of passage there would be no draw for new potential members and the Freemason society could begin to crumble. Only if the Masons can achieve a balance between these two demands can it be successful in rebranding how it is perceived by outsiders.

Why Are the Freemasons Concerned with Rebranding?

The simple answer to this question is that they want to dispel the myths that have been circulating about their organization for hundreds of years. Ask a conspiracy theorist however, and they would give you a completely different answer. Perhaps the rebranding technique is nothing but smoke and mirrors in an attempt to give the organization a facade to hide behind. Still, regardless of which explanation for rebranding you choose to believe, the fact remains that those within the organization raise charitable contributions and care for the communities they reside among.

So what do you think? Do you want to become a Freemason?