Kimberly received her Bachelor of Arts in multimedia journalism from Simpson College. She is one of Exploring Life's Mysteries most experienced researchers. When reviewing products and services her natural curiosity helps her dig deep and unearth the truth behind the marketing. Her work has appeared in many notable brands, including The New York Times' Wirecutter, Reader's Digest, Forbes, People, Woman's World, and Huffington Post.

Kimberly grew up camping at the nearby lake with her family when she was a young girl. It wasn't until she met her husband that she rediscovered her love for the outdoors and began taking regular vacations to the national parks. Some of Kimberly's favorite memories include camping in a tent, hiking beautiful terrains, sitting around a campfire eating s'mores and sipping on a cold craft beer.

After three years of dating and exploring different regions of the U.S., Kimberly's husband proposed to her with the help of Exploring Life's Mysteries' online engagement content that she had researched and written. Not only was he able to design her ring himself, he was able to do so at great cost savings.

Kimberly likes starting her days with a warm cup of Nespresso, and she enjoys going for walks with her family and hound mix, Sally. In the evenings, she likes indulging in a glass of red wine and some dark chocolate while cozying up by the fire pit in her backyard.

Best Bluetooth Earbuds And Headphones: AirPods vs Parrot Zik vs Beats vs Sony vs Jaybird vs Jabra

Love listening to music on the go but hate getting tangled up in the cord? Wireless Bluetooth earbuds and headphones allow you to move freely while working out, traveling, laying in bed or simply walking down the street. The majority of Bluetooth stereo headphones also have the capability to take calls, so you can switch from listening to media to answering a call from a friend. Untangle all the reviews with our no-nonsense recommendations for best Bluetooth earbuds and headphones…

END_OF_DOCUMENT_TOKEN_TO_BE_REPLACED

Best Streaming Music Service: Spotify vs Rhapsody vs Pandora vs Google Music vs Rdio vs Beats vs Napster 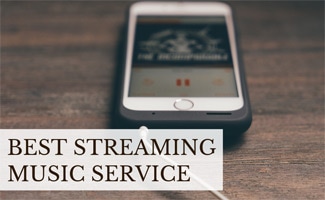 Companies providing audio streaming grow daily, with them the services they are offering are growing as well. With audio streaming you have access to millions of songs, from your PC, from your mobile device or from your home audio system. When you pay a monthly flat fee you have access to millions of tunes. This flat rate often includes additional features such as creating your personal radio, sharing your playlists or reading reviews about newest releases. What is the best music streaming service where you can listen to as many songs as you like for a low flat rate? We have researched some of the most popular streaming services and selected our picks for best music streaming service…

END_OF_DOCUMENT_TOKEN_TO_BE_REPLACED

How Does the Mayan Calendar Work?

The Mayan calendar has a long and deep history. But its premise is quite simple. Maybe not as simple as our Roman calendar, however. One of the defining characteristics of our Roman calendar is that it is based on various cycles. From minutes, to hours, days, weeks, months – we divide our calendar into increments that repeat on their own cycle…

END_OF_DOCUMENT_TOKEN_TO_BE_REPLACED

A Complete Guide to the Hogzilla

As if wild boars aren’t scary enough, the legend of Hogzilla is enough to have you looking at your bacon in fear. Legends of wild boars grown to enormous proportions have circulated throughout the U.S. for years, with very little proof that such a beast exists. As with any legend, the proportion of the legend and the beast itself seems to be expanded upon daily…

END_OF_DOCUMENT_TOKEN_TO_BE_REPLACED

Ica stones may have given scientists something new to ponder as they search remnants of the past in an effort to make sense of the evolution of our planet. Though there is some skepticism concerning the validity of Ica stones, their very existence leaves us something to ponder…

END_OF_DOCUMENT_TOKEN_TO_BE_REPLACED

Ever since the I.Q. test was created by Alfred Binet and Theophile Simon, there has been a stigma, both good and bad attached to the results of the test. For some, the results are helpful in determining possible mental health issues. For others, it is a crushing blow or an instant pedestal that they don’t want to be on…

END_OF_DOCUMENT_TOKEN_TO_BE_REPLACED

Spooky Guide to the Types of Ghosts

When it comes to the types of ghosts we believe in, the general public has a perception primarily based on what we’ve learned from books and movies, rather than research. Most people fall somewhere between disbelief or a comical perspective like you might expect to find in the 1984 film “Ghostbusters.” Others are drawn to the more romantic aspects of ghosts as depicted in 1947’s “The Ghost and Mrs. Muir” or 1990’s sensational hit “Ghost.” Still others find them terrifying like those who haunted a family in the 1982 classic, “Poltergeist.” The truth of the matter crosses all these boundaries and a few others which we will explore more deeply here….

END_OF_DOCUMENT_TOKEN_TO_BE_REPLACED

Both the history and mystery of the Dropa stones dates back to 1938. Plenty of controversy and unexplained theories surround the stones. Found amidst the remains of a strange race, the stones continue to remain an unexplainable archaeological find. Because the stones belong to the Chinese, study of the stones has been rather limited.

It is imminently possible that the stones may simply be associated with the ancient beliefs of a tribe of small, dwarfish people. The race itself is as much a mystery as the stones….

END_OF_DOCUMENT_TOKEN_TO_BE_REPLACED

The Antwerp Station Sound of Music

In this day and age of globalization, where more and more people can be connected in an instant, it doesn’t take much for sensationalism to spread. Fortunately, every now and then, amidst all the doom and gloom stories, there’s a glimmer of hope, or good news, that makes its way through the air waves…